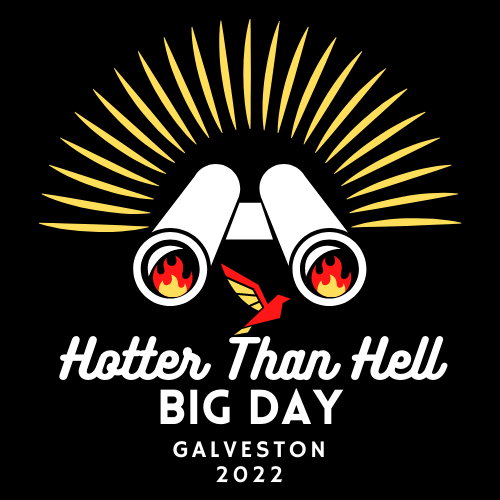 See for yourself just how HOT Galveston is for birding!

This birding Big Day is a fun, fast-paced, semi-competitive race to see which team can identify the most bird species in Galveston County in 24-hours from noon on Sunday, July 10, until noon on Monday, July 11. As the day heats up, so will the competition, awarding the winning team bragging rights and the Hotter than Hell Big Day trophy.

Teams will consist of 3 to 5 members.

The event is presented by the Galveston Island Nature Tourism Council and sponsored by Galveston Island Brewing (GIB), which will host the awards presentation indoors at the brewery at day’s end. GIB will provide a free pint of beer to all participants 21 years of age or older.

Participants will help build citizen science data on eBird during one of the least birded times of the year. Event proceeds will support GINTC’s Galveston Bird City Texas initiatives.

In addition to bragging rights and the Hotter than Hell trophy, this year’s winning team will choose the recipient of a portion of the proceeds from our 4th beer in our Concerveza Series with GIB. The benefiting organization will be chosen from a pre-selected list of nature partners and/or projects. 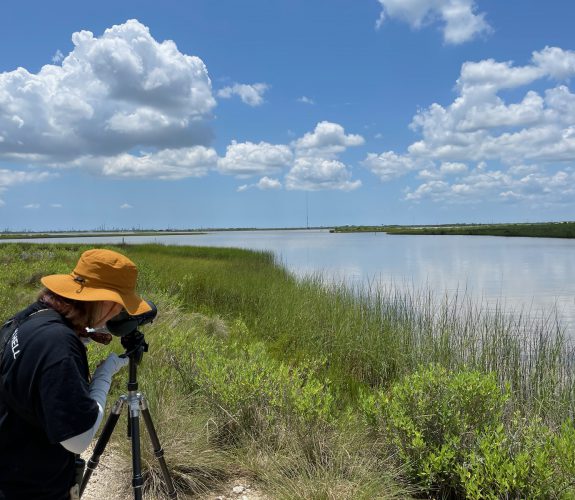 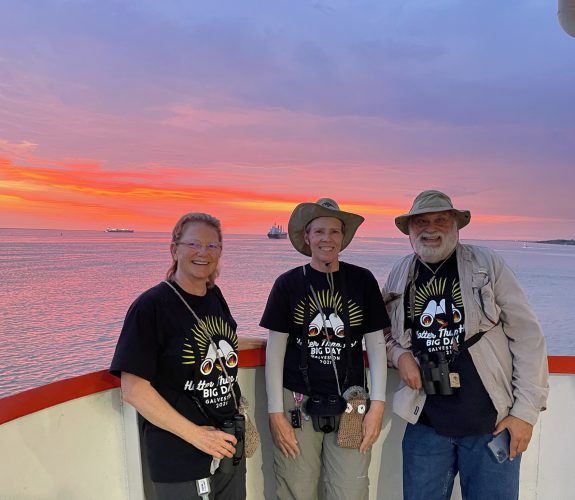 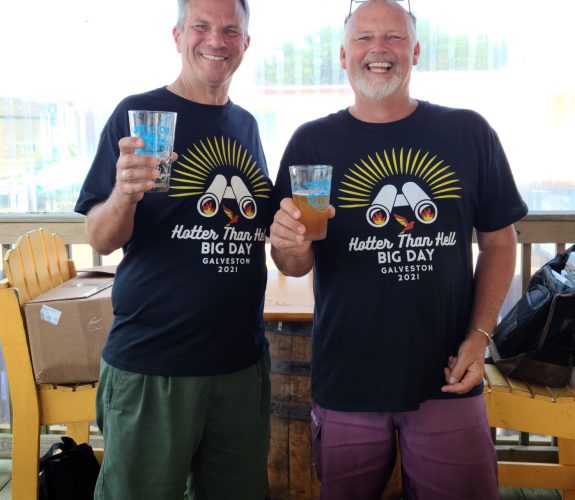 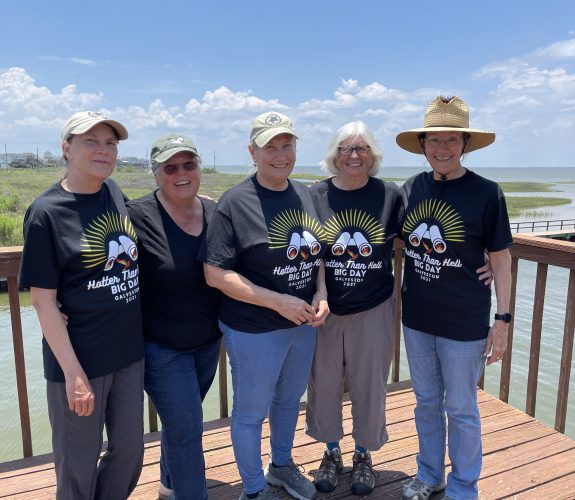 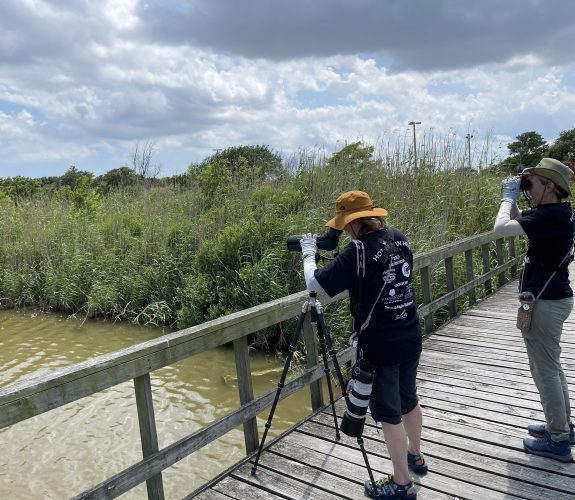 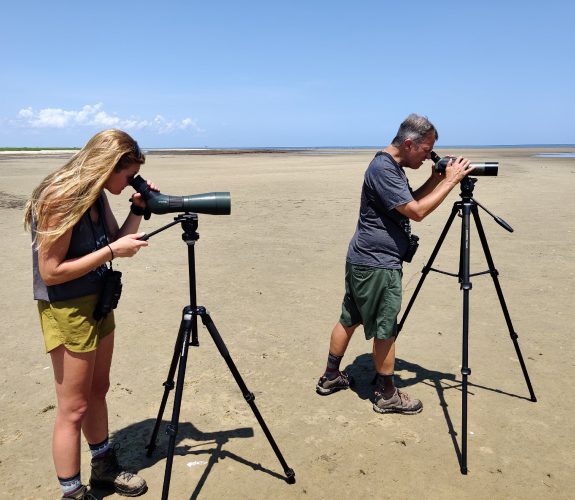 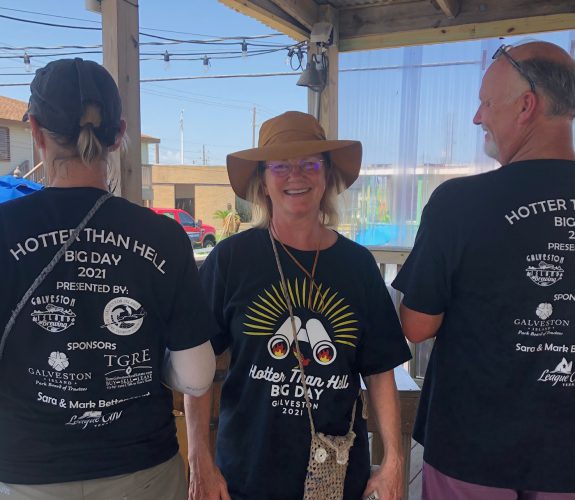 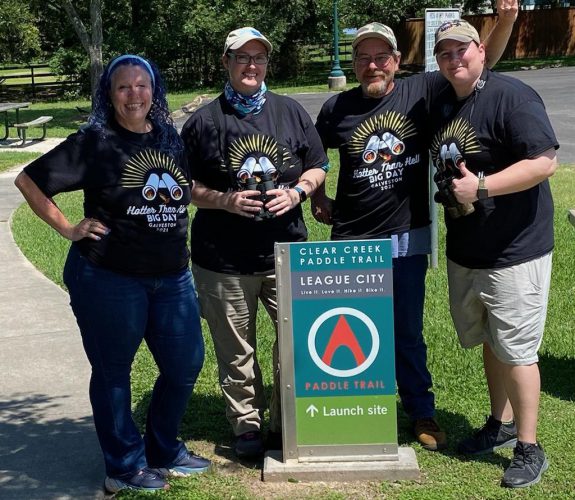 Each participant is required to maintain proper birding ethics at all times as defined in the ABA Code of Ethics.

As a Team Captain we ask that you please complete the ONLINE TEAM REGISTRATION FORM, which includes the names and email addresses of all team members. The team registration fee is $100. Each team member is guaranteed an event tank top in their preferred size provided they register prior to June 13th. After that date, tank tops will be provided based on availability. Registration closes Friday, July 8. Teams must have a minimum of 3 members and a maximum of 5 members, including the Captain.

With several levels of sponsorship, we hope there will be a broad range of interest among team supporters, friends and birding enthusiasts. To facilitate the sponsorship process, GINTC will email each Team Member a SAMPLE SOLICITATION MESSAGE suitable for distribution to potential sponsors or to be posted to social media. Those interested in making a sponsorship donation will be asked to complete a SPONSORSHIP FORM and then directed to GINTC’s secure PayPal portal for payment. We hope this process makes it easy for Team Members to solicit sponsors and help reach our fundraising goals. Businesses and individuals sponsoring the event at $500 or more before June 13th will be recognized on the event shirt.